Istanbul Behind The Walls 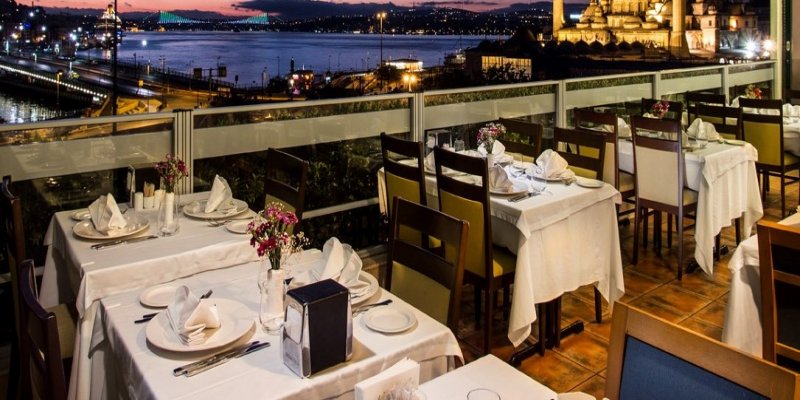 The Historical Peninsula of Istanbul, every corner of which is reminiscent of historical events, every stone of which takes one on a journey through time with a new story, continues to impress its visitors with its magnificent past that stretches back to the Ottomans, the Eastern Roman Empire, and ancient history.

Duing an archeological excavation in which I participated, an American archeologist friend of mine asked, “What is Istanbul like as a city?” “At a time when America was yet to be discovered, Istanbul was a metropole with a history of a thousand years. It combined East and West; it was the most important intercontinental commercial center of its time, and it is a city that served as capital of two great empires. And today, like a time capsule, it preserves all its attractions,” I said. My friend looked at me in astonishment. When he came to visit Istanbul in the following year, as we were making our way from the airport to the city center, he gestured at the arches of the 1,600-year-old historical Bozdoğan Aqueduct. “This is truly incredible,” he said. I can still hear the amazement in his voice today. Istanbul, a favorite city through all eras, whispers a different story with every visit you make. The starting point of these stories is the Historical Peninsula, the four regions of which have been included on the UNESCO World Heritage List. And today, this is my starting point. Much of the historical walls, which date back to the medieval era, are still standing today; I go through these walls and arrive at Sultanahmet Square. This is one of the squares which was at one time considered to be the starting point of the world. That’s why? Because the 1,500-year-old Milion stone is standing a short distance from the square. Still at the same point. During the Eastern Roman Empire this stone was used to mark the starting point when measuring distances between different geographical regions. On my right is the Hagia Sophia Museum and immediately behind this is Topkapı Palace. On my left is the magnificent Sultan Ahmet Mosque, and situated diagonally across the road is the Basilica Cistern. I make my first visit to one of the most magnificent monuments of human history -Hagia Sophia. The building, constructed approximately 1,500 years ago, immediately draws people under its spell with the atmosphere created by the gilded flower motifs on the ceiling, the pink and- green marble columns, and the sunlight that filters through the small windows around the basilica. According to experts, the architecture of Hagia Sophia transcends the eras in terms of harmony, proportions, and acoustics. Hagia Sophia was built on the command of the Eastern Roman Emperor Justinian I in the 6th century. The architects were from Aydın and Milet, respectively Isidoros and Anthemios.

According to the museum archives, 1,000 master builders and 10,000 laborers worked for only five years to complete this masterpiece. Hagia Sophia was restored by Mimar Sinan in the 16th century. After a final restoration in the era of Abdülmecid I, Hagia Sophia has managed to remain standing until today. Leaving behind this magnificent structure, which was transformed into a mosque in the 14th-century Ottoman Empire, and continued to be used as a religious center, I head towards Topkapı Palace. The palace, which at one time was the administrative center of an empire that stretched over three continents, at the same time also acted as the residence of the Ottoman dynasty. The palace is positioned in the best position on the Historical Peninsula. The elegant yet modest architecture of the palace overlooking the Marmara Sea and the Bosphorus strikes me. So does the palace garden. Topkapı Palace was built by Sultan Mehmed II in 1453, after the conquest of Constantinople; it served as the administrative center of the Ottoman Empire for 380 years. It now houses one of the richest palace museums, with over 86,000 artifacts. The Divan Hall, where sultans could observe meetings through its latticed windows; the Enderun Chambers, considered to be a royal university during the Ottoman period and today the location for displaying the Sacred Relics; the Ahmed III

Library, in which the most valuable manuscripts and miniatures are kept; the Harem section, where the women underwent a serious educational regime; and the gilded Hünkar Baths, a work of Architect Sinan take me on a dizzying journey through time. Topkapı Palace, decorated with marble mosaics, Iznik tiles, gilded decorations, stained glass windows, inlaid motherof pearl, and embellishments is home to the most beautiful Ottoman works. I tear myself away from the magnificent world of the sultans and head towards Hamdi Restaurant. This venue, with views of Galata, Eminönü, the Blue Mosque, is particulary succesful with its meat dishes and delicious Turkish kebab. For those who want to explore Ottoman and Turkish cuisine, there are many famous restaurants on the Historical Peninsula. Asitane Restaurant, near Kariye Museum, offers eggplant piruhi, sea bass biryani, and taş kadayıfı -dishes that one must really experience. Sur Fish Restaurant, with one branch in Sarayburnu and the other on the Golden Horn, offers unparalleled views and a rich variety of fresh seafood from the Bosphorus. Another favorite local on the Peninsula is the restaurant at the Four Seasons Sultanahmet. You can enjoy a romantic meal in the elegant courtyard that is surrounded by greenery. The menu, which brings together Turkish and world cuisines, offers dishes that are hard to forget, like pumpkin and chestnut risotto and pan-fried Adriatic turbot.

After enjoying my meal at Hamdi Restaurant, I take a quick trip to the Carpet Museum, where Anatolian carpets dating between the 14th and 18th centuries are on display. Each one is a work of art. I, then, continue my journey through the Historical Peninsula by going to the Basilica Cistern. This underground cistern is like a forest of columns. While walking between the Doric and Corinthian structures I dive into the depths of history. This large underground cistern was built by the Eastern Roman Emperor Justinian I in AD 542 and is known as the “Basilica Palace” due to the innumerable marble columns rising from the water. The Bozdoğan Aqueduct, which left my archeologist friend speechless, was one of the aqueducts that brought water to this cistern. The cistern holds 100,000 tons of water. During the empires era it was a water depot that could meet the needs of the entire city. In the northwest corner of the cisterns two Medusa heads, the bases of two columns, date back to the Roman era; it is as if they are leading characters in the mysterious atmosphere of the underground world. The old Hippodrome -known as the At Meydanı in the Ottoman era- is a five-minute walk from the Basilica Cistern. When I arrive here I am aware that I am standing in a spot where for centuries the heart of Istanbul beat. I imagine the cheering of thousands of people from the tribunes, the chariot races, the sporting contests, the ceremonies, and spectacles that were held here.

The 3,500-year-old obelisk that was brought by Theodosius I from Egypt to be erected in the middle of the Hippodrome stands in front of me. Immediately behind it is the Serpent Column and the Column of Constantine Porphyrogenitus (Walled Column) -these are the most important witnesses to the scene that is coming to life in my imagination. Leaving this legendary atmosphere, I enter the Blue Mosque (Sultan Ahmet Mosque) from the Hippodrome side. Six elegant minarets confront me, while the domes rise in magnificent harmony above the gallery which surrounds the shadirvan (ablution fountain). The mosque, built by a student of Mimar Sinan, Sedefkâr Mehmed Agha, for Sultan Ahmed I is one of the most successful examples of Turkish-Islamic iarchitecture. The thousands of Iznik tiles, with their hues of blue, green, and white in the interior, enchant me.

The amazing beauty of the craftsmanship in the woodand mother-of-pearl work on the doors and walls, the stained glass, and calligraphy remind one of the elegant art of the master craftsmen of the Ottoman period. The gilded tiles and delicate wall decorations of the Hünkar Mahfili, the gallery where the sultans worshipped, are striking. Interior of the mosque, which today is still open for worship, is so spacious that I find myself in a state of calm and peace. After my tour of Sultan Ahmet Mosque I take a coffee break at Caferağa Madrasah. While drinking a cup of foamy Turkish coffee in the shade of the plane trees, I immerse myself in the peace of the courtyard of madrasah. After this restful break, I head towards the north side of Sultan Ahmet Square to go towards the Grand Bazaar. Instead of getting on the tram, I prefer to walk along the Divan Yolu which was used as the imperial road and the protocol road in both the Eastern Roman Empire and the Ottoman state.Like pages from a favorite book, along the road the Binbir direk Cistern; the Column of Constantine, brought byEmperor Constantine I from the Apollo Temple in Rome, and the house in which the famous French author Pierre Loti lived for nine months all greet me, one by one. I step into the Grand Bazaar, the oldest and largest shopping center in the world, through a door by the Nuru osmaniye Mosque, the first mosque to be made in the Baroque and Rococo styles in the Ottoman Empire. There are thousands of shops and streets that resemble a labyrinth -in this bazaar you can find everything. The Grand Bazaar, with a history of 550 years, offers a choice of goods from antiques to souvenirs, from carpets to jewelry; this oldest and largest bazaar in the world hosts 150 million visitors every year. I buy a rug with Anatolian motifs on it from the bazaar as a souvenir of the day. The story that the Historical Peninsula has to tell does not end here of course. The magnificent Süleymaniye Mosque, which Mimar Sinan referred to as his “journeyman work”; the Turkish and Islamic Works Museum, which exhibits a collection of 32,000 of the rarest works from the Islamic world; the Kariye Museum with its stunning mosaics and frescos; Zeyrek Mosque, the largest religious structure still standing after Hagia Sophia; the Spice Market, where the scent of spices mix with one another and the glittering shops draw the customer in; the Fener Rum Orthodox Patriarchate, situated by the shore of the Golden Horn; the colorful streets and historical houses of Balat… I promise that I will visit these on my next visit to the Historical Peninsula. I get on the tram at the stop closest to the Grand Bazaar and return to Sultanahmet Square, the point at which I had started my journey. A beautiful sunset awaits me on the terrace of Seven Hills Restaurant. The water of the Bosphorus, Sultan Ahmet Mosque, Hagia Sophia, and the Marmara Sea -views of which I will never tire- are wrapped in tones of red, orange, and pink as the sun sets. As the final curtain of the day slowly descends on Istanbul, the cradle of civilizations, the words of the Turkish poet Sezai Karakoç come to mind: I devoured Istanbul bit by bit / drop by drop she collected in me / from marble dust a city formed within me / this is a city beyond the earth and heavens.