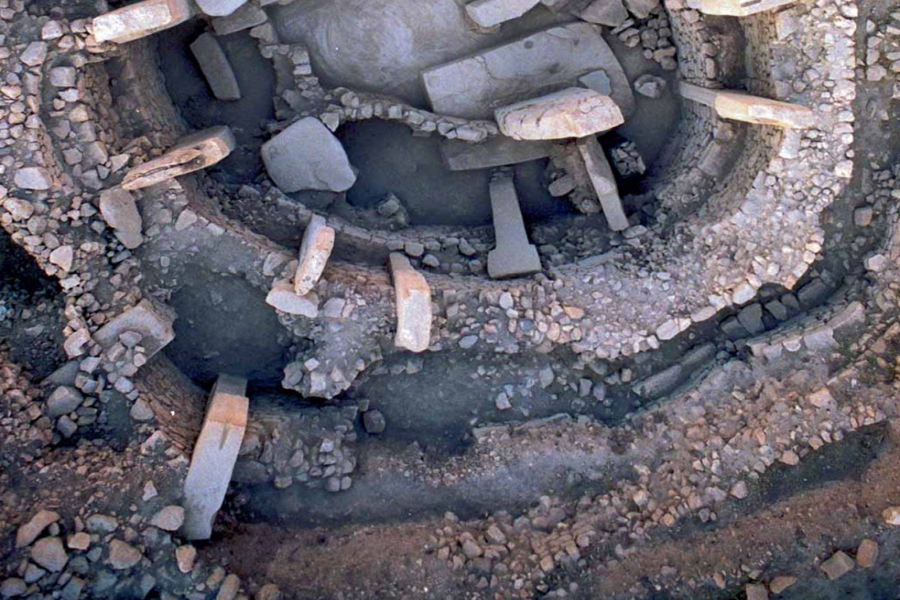 The oldest social area known in human history, Göbeklitepe,   is an important point of discovery that once again underlined the importance of Mesopotamia in world's history. This site in Şanlıurfa, which changed all we knew by shedding greater light on human history, is 7,000 years older than the Stonehenge in England and the Hypogeum Temple, one of the world’s oldest temples located in Malta and 7,500 years older than the Egyptian pyramids.

In the period when Göbeklitepe was built, mankind had not adopted a settled life yet. They hadn’t even invented pottery or the wheel at the time. They lived in small groups collecting plants and hunting. The discovery of Göbeklitepe revealed that hunter-gatherers spent a certain period of the year there. The fact that such a site was built in a period before settled life started is now recorded as an important point in the history of humankind.

Thanks to the efforts of German archaeologist Klaus Schmidt and his team, who worked  to unearth the structure from 1995, when the excavation began, to 2014 we have the chance to witness this magnificent discovery ourselves today. The declaration of the year 2019 as the “Year of Göbeklitepe" aims to increase the number of visitors in the site and better understand its importance. The number of visitors is increasing as more and more people want to see Göbeklitepe during the year dedicated to it.

The Birth of Art and Architecture

What makes Göbeklitepe such an important discovery is that it contains the first examples of art and architecture. These artefacts, which were built 12,000 years ago without tools and machines, and with lighter stones and manpower, are of great importance for human history. T-shaped obelisks, one of Göbeklitepe's trademarks, which are thought to be human figures by archaeologists, are estimated to be from rocky areas 2 kilometers away, brought to the site to be erected in the ground. How these huge columns, which weigh between 40 to 60 tons, were carried here still remains a mystery. The first known reliefs, excluding the ones found in the caves around the world, are found on the structures of Göbeklitepe. Scorpion, fox, bull, snake, wild boar, lion, crane and hyena figures can be seen on the stones According to some archaeologists, these animal figures are symbols of different tribes who visited the temple. However, like many other subjects, no clear information has yet been obtained.

The Discovery that Rewrote the History

For hundreds of years, it was thought that mankind had adopted settled life through agriculture. However, according to the archaeologist Klaus Schmidt who discovered Göbeklitepe, people lived here because it was a religious center. Schmidt says that people needed agriculture as the number of people living in Göbeklitepe increased. There are many signs in Göbeklitepe that support this thesis. This changes many things that we know about human history.

Göbeklitepe also reveals another fact about agriculture. Wheat seeds and fermented cereal remains were found in the bowls uncovered during the excavations. It was also discovered that the first ancestor of wheat, which has many varieties, grows around Göbeklitepe. It seems that even though 12,000 years have passed since the first wheat cultivation in history, it has never lost its value for humans. This staple foodstuff has kept its importance on the journey of people around the world since Göbeklitepe. As the work on the site progresses, the discovery of Göbeklitepe seems to be continuing to shed a light on the human history that has remained dark to this day.